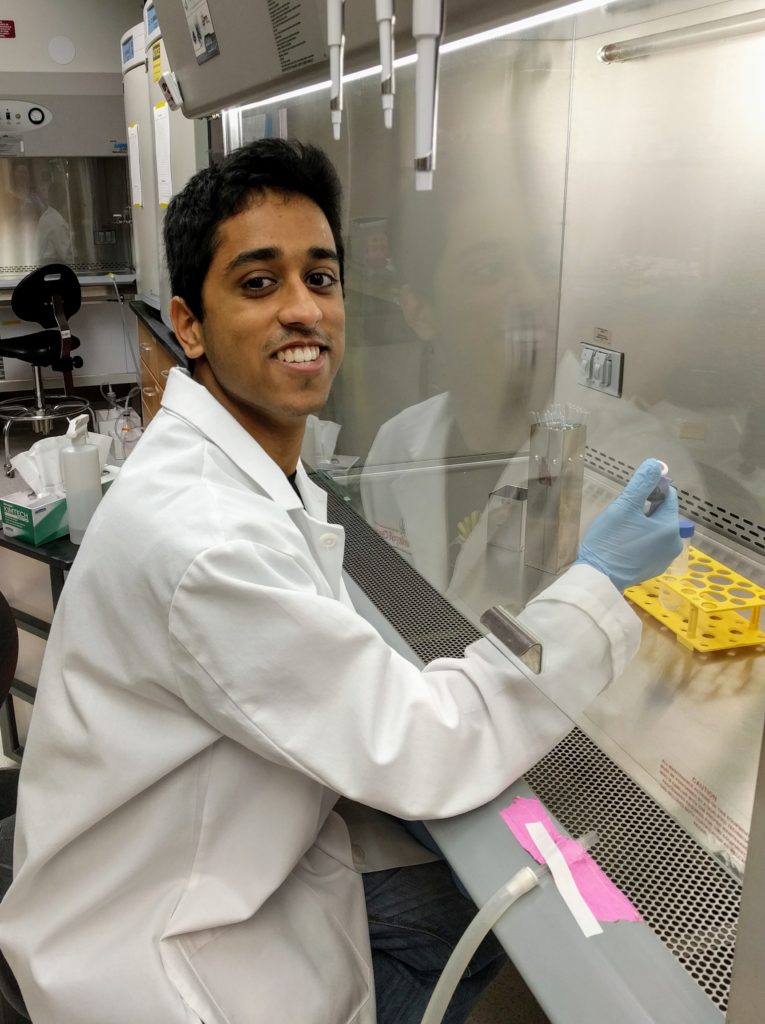 The West Lab is proud to announce that Neil Doshi has been awarded the Fall 2017 CURO Research Assistantship!

Neil is a third year undergraduate student pursuing degrees in Biology and Psychology. He has been involved in projects such as the Scaled Traumatic Brain Injury project, the Stroke project, the Nanoparticle Biodistribution Study, and many more. Neil has done additional solo gait analysis for the traumatic brain injury projects and has presented his findings via a poster titled “A Comprehensive Assessment of Cognitive and Motor Functional Outcomes after Traumatic Brain Injury in a Porcine Model” at the 2017 CURO Symposium. Some of his hobbies include photography, playing sports and video games. After graduating from UGA in 2019, Neil desires to attend medical school.

Peach has been one of the top students in class al

Had an amazing time today at the Bridging Centers

Getting ready for Halloween on Monday!

Taylor and Snook during our standard West laborato

We are looking for an amazing post-doctoral fellow

I was walking in the Vet School hall today and saw

We love our cephalopods!

I got to hold Thomas Hunt Morgan’s Nobel Prize t